NABERS – Use and Applicability in the UK 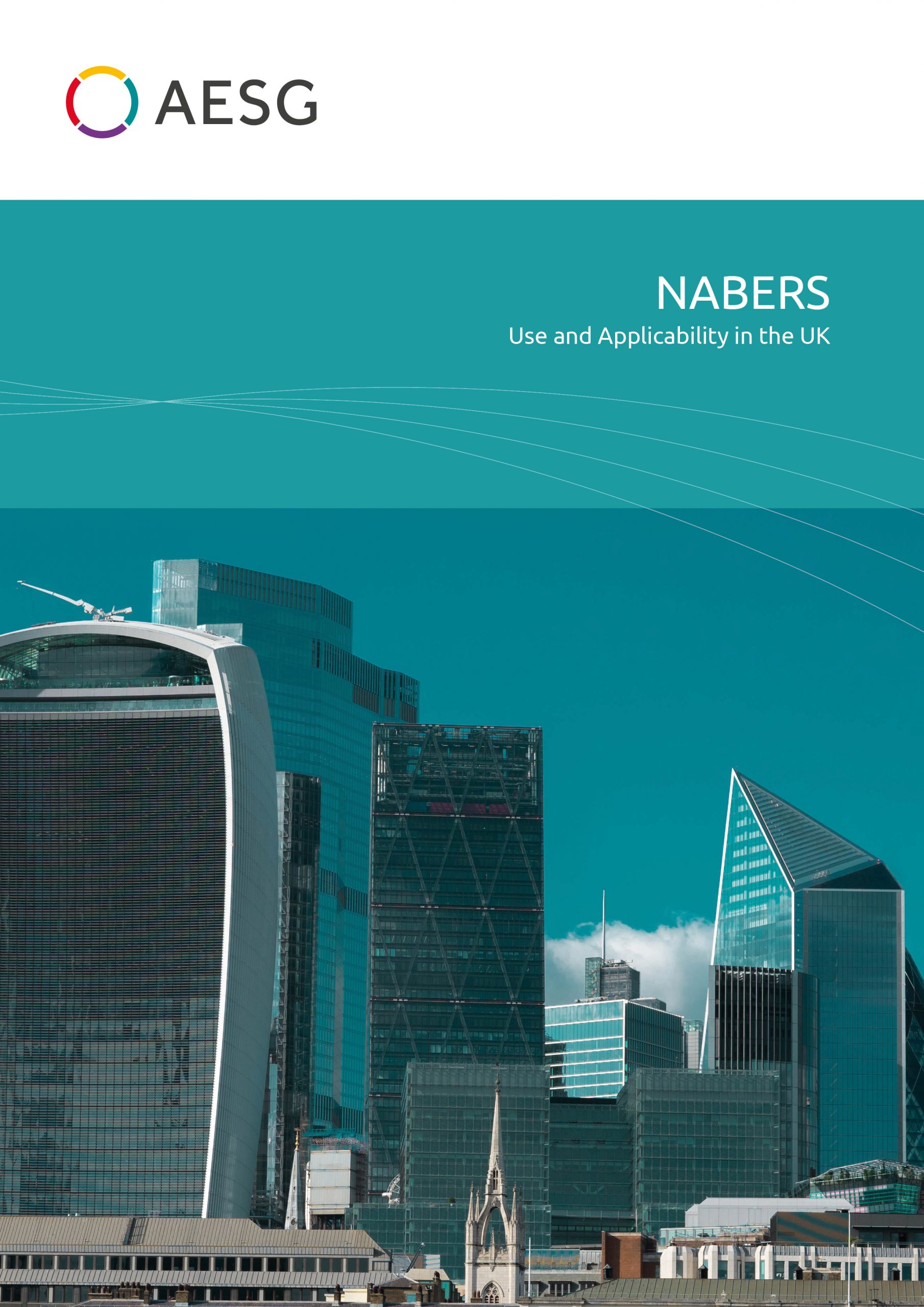 Since its launch by the New South Wales Government in Australia in 1999, NABERS has expanded its reach to several countries, leading to it becoming one of the most well-known performance based schemes that is internationally considered to represent best practice. In November 2020, NABERS UK was introduced for voluntary use in England, Wales, Scotland and Northern Ireland.

In Australia, NABERS ratings are used to understand and track the performance of offices, apartments, data centers, shopping centers, public hospitals, and hotels. NABERS provides a rating from one to six stars for buildings efficiency across:

However, NABERS UK is currently limited to the energy efficiency and performance of office buildings only. Amid COP26 and increasing government attention in the area of energy efficiency in buildings, we should expect increased uptake of performance-based rating schemes like NABERS, that integrate metrics that reflect occupancy behaviour and provide accurate representations of building energy consumption in use. NABERS UK can play a vital role in bridging the performance gap between the design and in-use energy performance of offices in the UK and create much needed transparency for the market.

Similar to other efficiency star ratings, NABERS provides a rating from one to six stars. Ratings are calculated by looking at data provided through measurable and verified performance indicators, such as energy consumption. This information is adjusted to compare it with other comparable buildings, to produce a star rating. This system takes energy consumption data as an input, benchmarks it and converts it into an easily understood score. This helps building owners to accurately target, measure and communicate the energy performance of their buildings  and to understand their building’s performance when compared to similar buildings, offering an opportunity to set benchmarks and achieve new goals.

The rating can be used to demonstrate whether offices are on a net zero carbon trajectory and provide investors and occupiers with the certainty that the buildings they own and/or occupy are aligned with their climate change ambitions and targets.

NABERS supports the concept of design for performance based on operational outcomes rather than designing for compliance. NABERS UK offers different programmes for existing buildings and new buildings. The new building (or major renovation) scheme is “NABERS Design for Performance” and the existing building scheme is the “NABERS Energy” programme.

3.1.   Design For Performance For New Buildings or Major Renovations

NABERS UK enables developers to use the Design for Performance process to target a NABERS Energy rating at the design stage of a new office development or an office refurbishment project and verify performance when the building is in operational phase (after the project is complete and operational for 12 months), overcoming the well-evidenced performance gap issue between design, construction and operation. This approach is already being pioneered by 12 major UK property owners on new office developments totaling over half a million m2 across the UK.

The commitment to Design for Performance is a five-stage process:

NABERS UK for existing buildings measures and rates actual energy use throughout the building. This includes central services such as heating and cooling systems, lift lobby lighting and other aspects of base building performance. The ratings allow building operators to communicate the energy performance of their buildings to building owners, users and visitors while documenting the requirements for a comfortable working environment.

Ratings are based on two documents:

It must be noted that only Accredited Assessors are permitted to perform assessments.

On average, since the beginning of the scheme in Australia, office buildings energy use intensity has reduced by 38%. There has been a 34% reduction in the past decade alone, since it became mandatory for all offices over 2,000m2 to have a NABERS rating if they are to be sold or let. However, this requirement has more recently been extended to cover properties of over 1,000m2. There is consideration on whether these improvements can be attributed to other policy measures and/or a general increase in energy costs, however the NABERS scheme is estimated to have been the driver behind at least 50% of the increased energy performance metrics. The reputable benefits of improving performance, and the reputable risk of poor performance has driven landlords and businesses to improve their energy efficiency significantly.

Australian States have introduced minimum standards, and with NABERS ratings being valid for only 12 months, these standards are consistently increased over time which has resulted in, on average, gradually higher star ratings. It is therefore evident that buildings that have been sold or rented frequently have improved more than buildings that have only been sold or rented once or a couple of times since the regulations came into effect.

4.   Applicability to the UK

The UK government already has a mandatory system in place for assessing energy efficiency and carbon emissions: the Energy Performance Certificate (EPC). EPCs contains information about the property’s energy use, typical energy cost and recommendations of how to improve energy efficiency. These are used in homes, as well as commercial and industrial buildings over 500m2 that are built, rented or sold. EPCs are based on an energy efficiency rating from A (most efficient) to G (least efficient), and are valid for 10 years at a time.

Since April 2020, all tenancies, renewals or extensions of non-domestic properties such as offices, in order to be rented, must have a minimum energy rating of “E”. As part of the government’s target to be net-zero by 2050, the government are reviewing a Bill that if passed, will require all rental properties to be EPC Band B by 2030. This would be subject to exemptions including (a) if it is not technically feasible, and (b) where it is not cost-effective.

Although this hopes to drive improvements in the UK’s building stock, EPCs use theoretical modelling by evaluating the building’s fabric and service standards, and do not reflect how energy is actually used within the building.

The UK government have recently proposed that owners and tenants of commercial and industrial buildings over 1,000m2 – that represent 53% of total energy consumed in non-domestic buildings in the UK – should obtain an annual efficiency rating. This could potentially see NABERS becoming a mandatory requirement replacing, or in addition to, the current EPC requirements.

The Department of Business, Energy and Industrial Strategy have said that adopting NABERS could potentially help save £1 billion in energy costs in addition to providing significant carbon reductions to help with the race to zero emissions. To have such an impact, the UK would need to adopt a similar approach to Australia and set mandatory requirements (e.g. a 3* rating or above) that is gradually increased to improve energy performance for all buildings. They must also be regulated and publicly disclosed to incentivise improved performance.

Pursuing NABERS ratings not only influences developers to design new buildings with sustainability in mind, but it also encourages the consistent upgrade of facilities and assets to continuously enhance performance.

Improvements to a NABERS rating are the responsibility of not just the building owner but all tenants, and the rating requirements measure actual performance, not just the design intent.

While NABERS rating requirements are voluntary in the UK, the rating system has considerable benefits, in addition to improved environmental impact. Reduced operating costs, such as energy bills can result in substantial financial savings and investment in efficiency improvements will generally provide a swift return on investment.  All of these factors also contribute to reputational benefits as well, as buildings which follow NABERS rating requirements are independently verified as being more efficient and appealing for occupants.

BEIS, 2021, Introducing a Performance-Based Policy Framework in large Commercial and Industrial Buildings in England and Wales [online] Available at: https://assets.publishing.service.gov.uk/government/uploads/system/uploads/attachment_data/file/970519/performance-based-policy-framework-ci-buildings–strategy-paper.pdf

Envisi, 2022, What is NABERS rating and why is it important? [online] Available at: https://envizi.com/blog/what-is-nabers-energy-rating/

UK Parliament, 2021, Minimum Energy Performance of Buildings (No. 2) Bill: A Bill To Make provision to increase the energy performance of buildings; and for connected purposes. [Online] Available at: https://publications.parliament.uk/pa/bills/cbill/58-02/0150/210150.pdf

How can AESG help?

AESG is a specialist consultancy, engineering and advisory firm headquartered in London, Dubai and Singapore working on projects throughout Europe, Asia and Middle East. We pride ourselves as industry leaders in each of the services that we offer. We have one of the largest dedicated teams with decades of cumulative experience in sustainable design, fire and life safety, façade engineering, building commissioning & digital asset management, waste management, environmental consultancy, acoustics, carbon management, and strategy and advisory.

Sofi is a dynamic Sustainability Consultant with a Master in Energy, Technology and Climate Policy, and a Bachelor in Geophysics from UCL. She has a passion for solving global complex problems, demonstrated by a history of consulting internationally recognised organisations on net zero carbon, building performance, nature conservation, disaster risk resilience and sustainable investing.

She has also conducted courses in sustainable building design and holds a particular interest in health and wellbeing in buildings. Sofi manages and supports projects to achieve Net-Zero, WELL, LEED, BREEAM, Estidama and GSAS certifications.

Ara is an accomplished, enthusiastic, and dedicated architect with more than 6 years of experience in architectural design and over 3 years of focus on parametric and sustainable design. She has a strong background in environmental design, design assessment and building and urban physics.

As an architect and sustainability consultant, she has worked on various award-winning projects alongside architects, engineers and urban planners.

She is passionate about using parametric design strategies and tools to further evaluate and enhance the design in line with environmental and sustainable measures and requirements.